Call me partial, but I believe our community is one of the most beautiful places on earth, especially during the month of April. Dogwoods and red trees dot the woods with brilliant blossoms, eager morel hunters flock to their secret spots in search of the coveted gems, and anglers try to catch the crappie that spawn in the shallow waters of our ponds and lakes. . As of now, there are only five weeks left in this legislative session, so the intensity inside the Capitol definitely mirrors nature’s explosion of color outside. A small transformation also occurs in the Legislative Assembly in April, as more bills pass in one chamber and then begin the process all over again in the other.

As a permanent children’s advocate, I was honored to support two proposals that I believe will have a transformative effect on the lives of vulnerable children. Senate Bill 1168 was passed on April 6 by the Senate Committee on Seniors, Families, Veterans Affairs and Military Affairs. This measure outlines a plan to address the problem of “patient boarding,” a situation that occurs when hospitals have treated a patient, and when they are ready to be discharged and have no suitable place to go, the hospital is obliged to take them on board, sometimes for long periods of time. This primarily affects children in foster care or foster care and adults with disabilities, who are denied the services and care they need while they are warehoused in acute care facilities. This action puts a plan in place to bring together the stakeholders involved and design a sustainable solution to identify gaps and apply resources where and when needed to address this issue. On April 5, I introduced Senate Bill 1167 to exempt homeless and unemployed youth from paying licensing fees and to help them easily verify their homelessness status at the Senate Committee on Transportation, Infrastructure and public safety. I hope this bill will continue to move forward and remove two other barriers for these children.

One of my other passions is our four-legged family members. On April 4, I introduced a bill that I sponsored at the request of the Missouri Pet Breeders Association. Senate Bill 1200 designates the second full week of March as Pet Breeders Week in Missouri to coincide with the association’s annual conference and to recognize the joy that responsible pet breeders bring to pet owners. This bill was amended by House Bill 1720 which received third reading and passed the Senate on April 7. 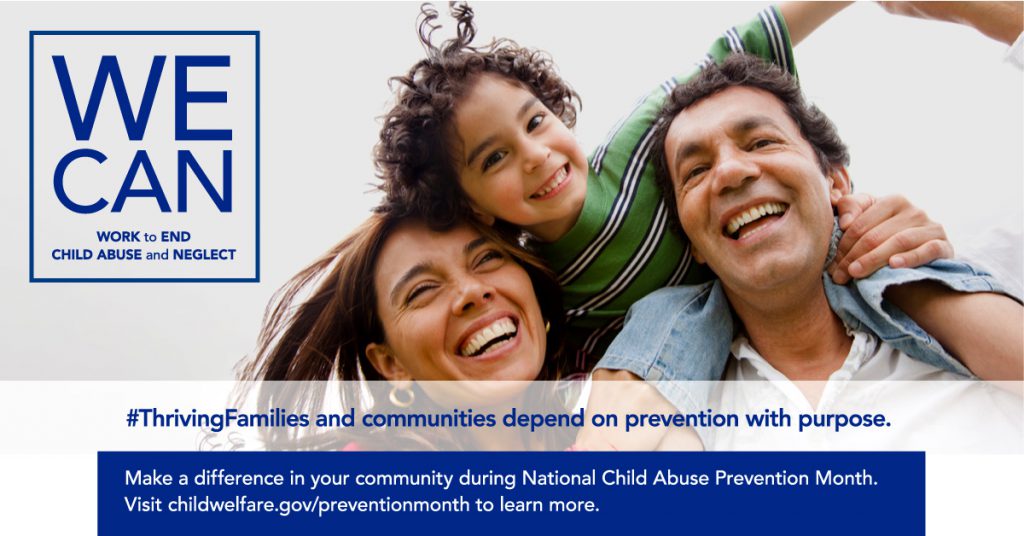 Please help show other Missourians the beauty of our landscape and the strength of the farmers who work this land by entering the Focus on Missouri Agriculture Photo Contest! Contest categories include Farm Beauty, Farm Faces, Farmer’s Life, Farm Pride, and Kids’ Barnyard. Nominations must be submitted by June 10, and winners will be displayed at this year’s Missouri State Fair.

April is also Sexual Assault Awareness Month. To mark this important month, the Governor ordered that the Capitol dome be lit in teal to bring awareness and support to the victims of this heinous crime.

The Capitol dome was lit in teal on April 6 in recognition of Sexual Assault Awareness Month.

Congratulations to Coach Dinkins, assistant coaches and members of the South Iron County High School Men’s Basketball Team who won the Class 1 State Championship title for the second straight year. I also want to congratulate Drenin Dinkins on being named the team’s player of the year. On April 5, I had the honor of presenting the team and its coaches to my colleagues in the chamber. I am so proud of your hard work and dedication to each other. 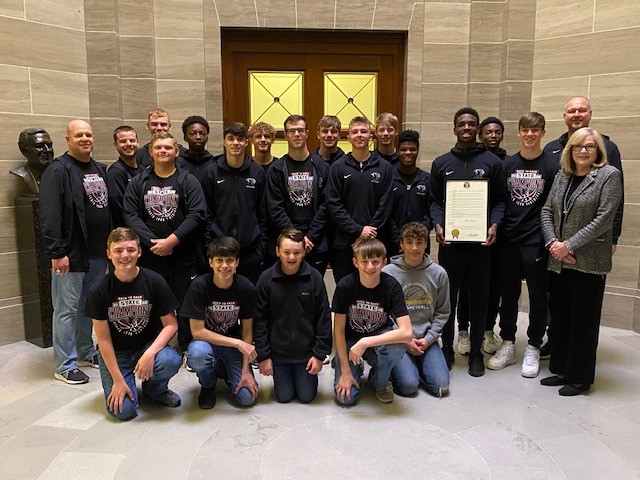 The South Iron County Panthers basketball team poses with Senator Gannon, their coaches and the resolution honoring their state championship.

On April 5, I had the honor of visiting Jaclyn Brown of the Jefferson County Health Department and introducing her to my colleagues in the field. Thanks for making the trip to Jefferson City and letting me know about the county level issues.

If you know anyone who is interested in the policy-making process, encourage them to subscribe to my Capitol report, Keeping Up.