Another legislative session is in the books

The final hammer fell on May 12, ending the 2022 legislative session for the Missouri Senate. While I’m disappointed with my proposal to extend Medicaid coverage to one year for postpartum women who hit a snag in the Senate, I’m pleased with the 66 bills we actually accepted and finally passed this session, particularly the omnibus education legislation, Senate Bill 681. This action establishes the Lead-Free School Drinking Water Act, to address aging drinking water systems in our older schools, and the Show-Me Success Diploma Program, to provide an alternative path to Graduation. SB 681 requires all school districts to make it easier to read success plans, and it contains a provision in my Senate Bill 999 allowing retired teachers to teach for up to four years without losing their pension, doubling the current maximum of two years. 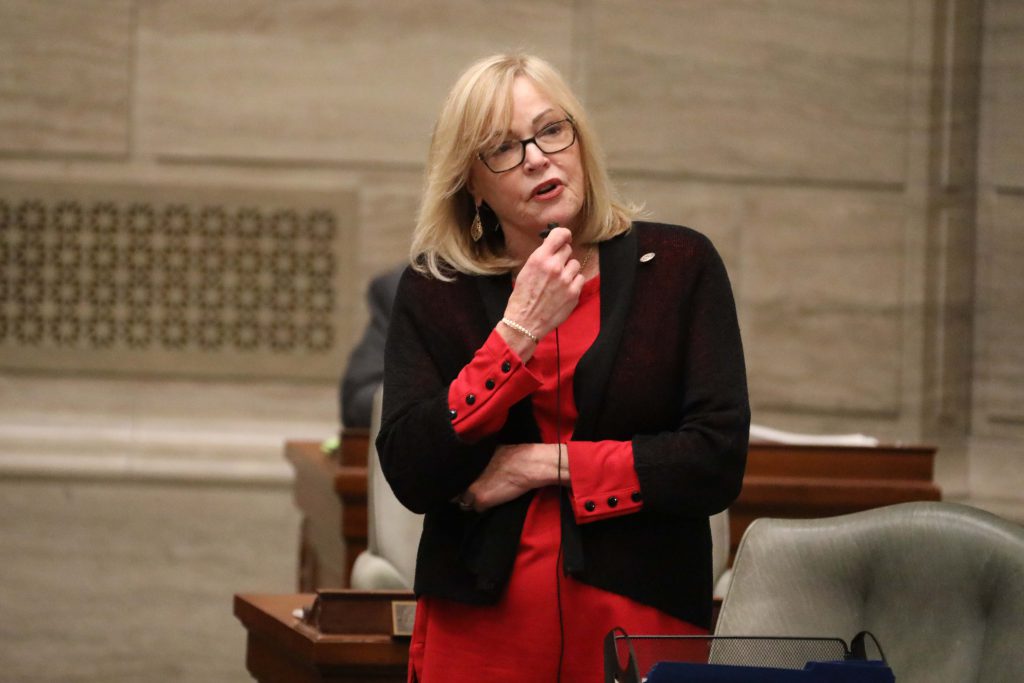 Senator Gannon discusses a bill with a colleague in the Senate chamber.

Another education-related bill that has passed establishes the Workforce Diploma Program to help high school students earn a degree and gainful employment through on-campus, coeducational or in line. The measure also creates a task force to study, develop and improve computer science courses and allows student-athletes to earn compensation for their name, image and likeness. Finally, my legislation to designate the second full week of March as Pet Breeders Week, was passed along with other provisions in Bill 2627.

The final bill passed by the upper house this session was the Congressional Redistricting Map contained in Bill 2909. Agreement on this map was a contentious topic throughout the session as several senators wrangled more conservative seats in Washington DC; however, the final map complies with the mandates of our constitution and the Voting Rights Act. In the newly redrawn map, all of Jefferson County moves to the 3rd Congressional District, and District 8 takes over Pulaski, Laclede, and part of Taney County.

Thank you for entrusting me with the role of your spokesperson in the Missouri Legislative Assembly. During the interim, I go from a full-time Jefferson City legislator to a district senator. Attending civic engagements and community events helps me learn about the unique needs of our community and decide what legislation to sponsor next year. If you’re planning an event that doesn’t conflict with my schedule, count me in!