The high demand for certain species fuels vanitas breeding. The result? 1 in 3 pugs cannot walk properly and are at higher risk for spinal cord disorders

You could blame a leading cellular network provider for making pugs popular in India, but vanity breeding and over-breeding took the dog away from our best friend for a while. In May 2022, a study by researchers from the Royal Veterinary College of England found that the flat-nosed breed faced serious health risks and could “no longer be considered a typical dog” when treated. for health problems.

“The breed’s serious health and welfare issues are of growing concern,” the study authors wrote. Dr Dan O’Neill, senior lecturer in companion animal epidemiology at the Royal Veterinary College, says pugs lack the “basic functions” expected of a dog, such as blinking; He cannot completely close his eyes because of the protruding eyeballs. One in three pugs cannot walk properly due to vanity breeding, a higher risk of lameness and spinal cord disorders. 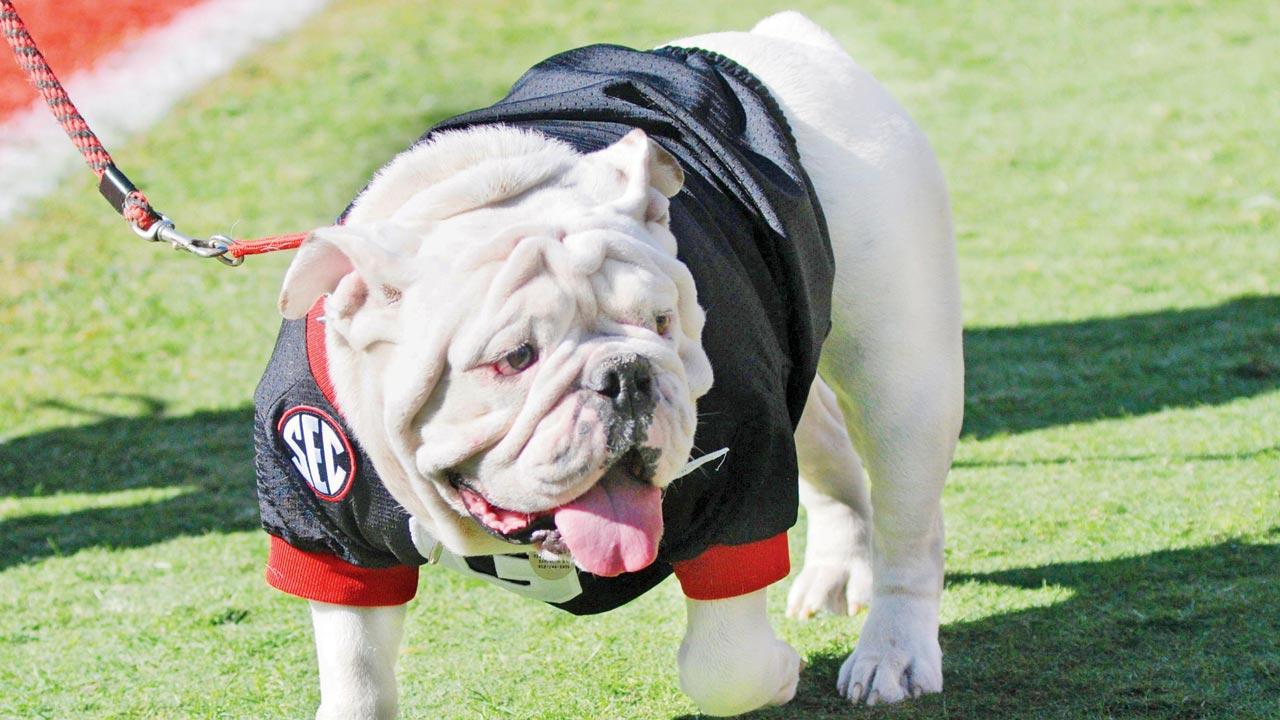 PUG, on the verge of not being able to perform innate health functions such as blinking, breathing, mating, giving birth and having comfortable skin. Photo/Getty Images

Vanity breeding, which is defined as selective breeding to emphasize or exaggerate a physical characteristic, is also responsible for seven out of 10 Dobermans in the United States carrying genes for dilated cardiomyopathy, a condition in which the heart loses its ability. to pump blood due to enlargement. and weakening of the main chamber (according to The Forever Dog, by Rodney Habib and Dr. Karen Shaw Becker).

Pugs join other brachycephalic cousins, most notably the British Bulldog, in being on the verge of not being able to perform innate health functions such as blinking, breathing, mating, giving birth and having skin comfortable. The British Bulldog is now unable to procreate even without human assistance. If nature was in control, it would be extinct. Bred to be stocky with short legs, the male needs a trapeze saddle-like contraption to mate with. Vanity breeding gave them a big head, literally. It cannot travel through the vaginal canal for natural childbirth, which requires surgery. Even French Bulldogs require artificial insemination and are mostly born by caesarean section. This complex and expensive mating and maternity room dictates the price of a puppy. 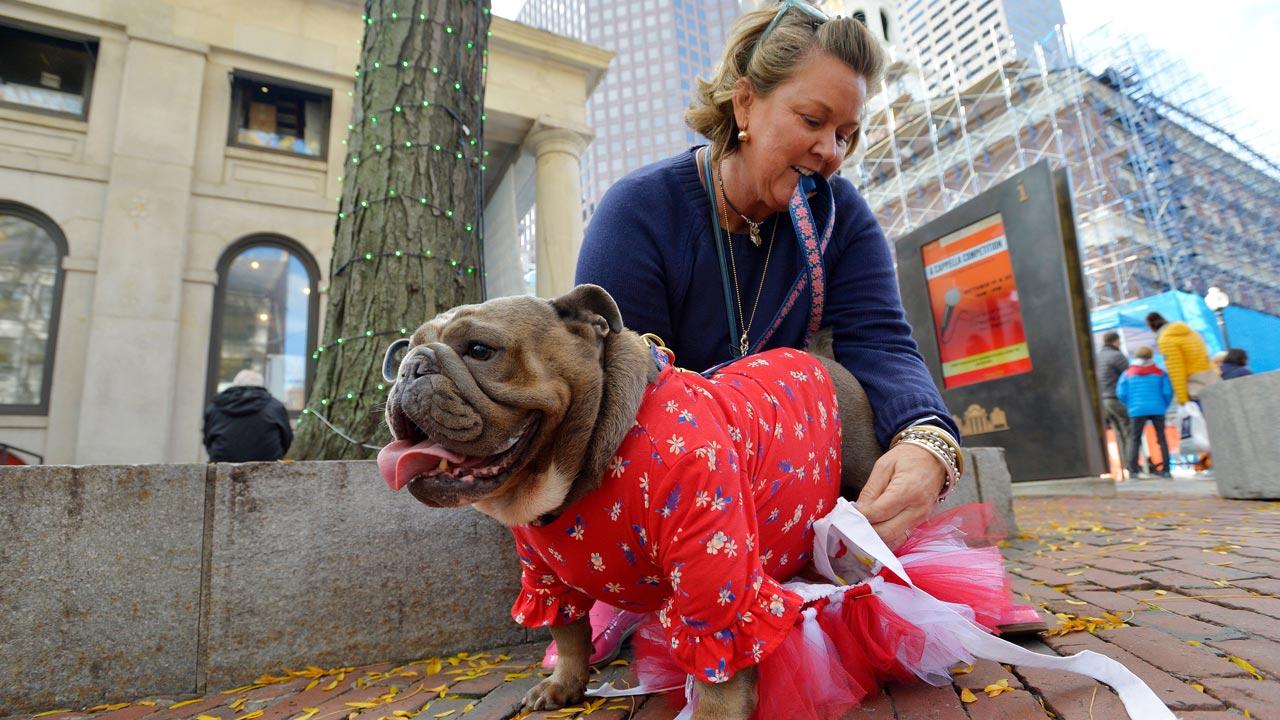 A file photo of an English Bulldog dressed as Raggedy Anne with her owner at Boston’s annual Halloween Pet Parade and Costume Contest. The British Bulldog is now unable to procreate even without human assistance. If nature was in control, it would be extinct. Bred to be stocky with short legs, the male needs a trapeze saddle-like contraption to mate with. Photo/Getty Images

“English Bulldogs also have more problems with arthritis due to their stocky build. They have respiratory weaknesses, which could be alleviated by preventive surgery to widen their nostrils or trim their soft palate. well under general anaesthetic,” says Dr Nicole Rego of Happy Tails Emergency and Critical Care Facility in Khar. Other popular breeds, such as Pekingese, Pugs and Shih Tzus, are prone to eye problems. , skin and respiratory, she says. “Cavalier King Charles Spaniels are prone to mitral valve disease which leads to heart failure,” she adds.

In India, the pug was made popular by an advertisement which showed its knot-tailed bottom following a little boy through all sorts of terrain. The dog symbolized the cellular network, but it also spread the misconception that it was an energetic breed that likes to frolic. 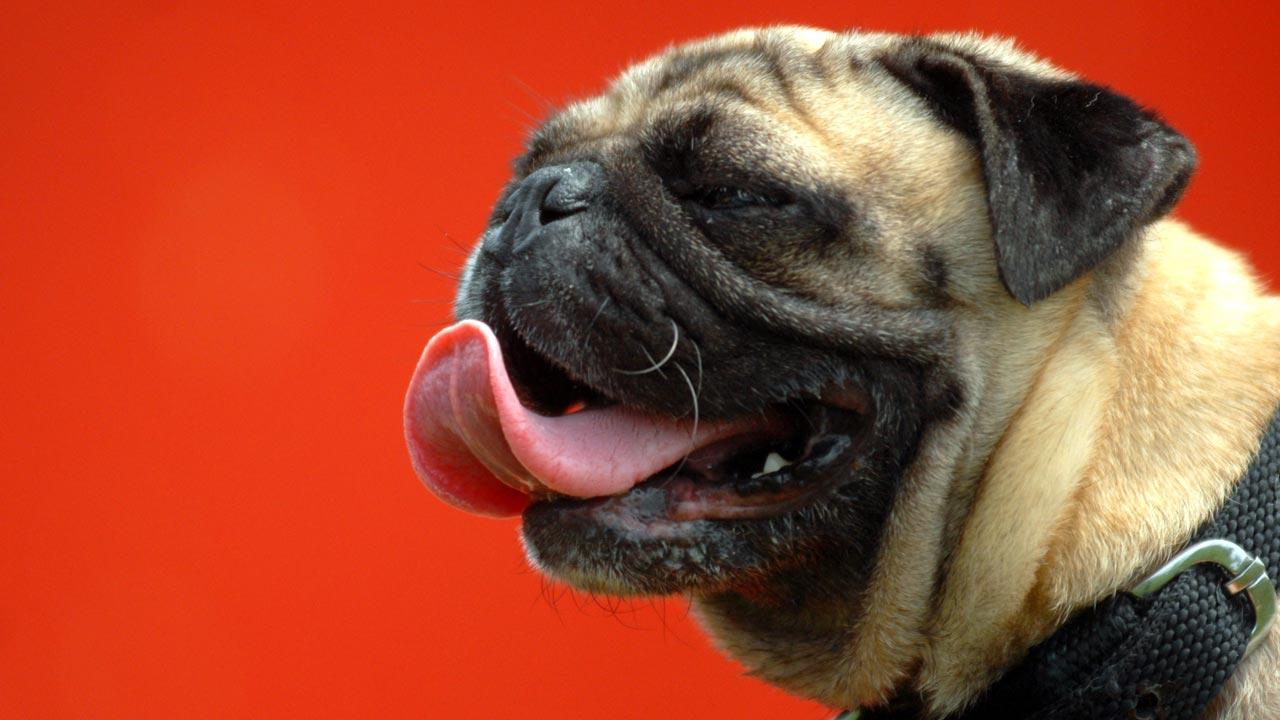 The pug’s popularity increased after it appeared in an advertisement, leading to rampant inbreeding. Studies indicate that one in three pugs cannot walk properly, have a higher risk of lameness and spinal cord disorders. Photo/Ashish Rane

“Flat-faced breeds can’t exercise in the heat,” says Dr. Rego. “Pugs in India have much narrower airways than those required for normal breathing,” adds Dr Nameeta Nadkarni, veterinarian at Happy Tails, Govandi. Respiratory weakness means dogs cannot be exercised as well as they should, reducing their quality of life and risking excess weight. It also means that anything with the potential to make their breathing worse – smoke, irritants or even heatstroke – can kill them. Since there is such pressure in their narrow trachea, they could also choke on their food or vomit at any time.

“The sudden popularity of the breed in India,” says Dr. Nadkarni, “has created huge demand. Unscrupulous inbreeding followed, resulting in the worsening of their pre-existing genetic conditions that prevented them from breathing. The windpipes and nostrils have narrowed and the soft palate has elongated, virtually occluding the opening to the windpipe. The eyes began to bulge more and risk corneal ulcers, the skull changed shape, the lower jaw protruded more (welcoming the early onset of dental disease) and the eyelashes began to grow inward, all this because of unethical breeding on a large scale…” 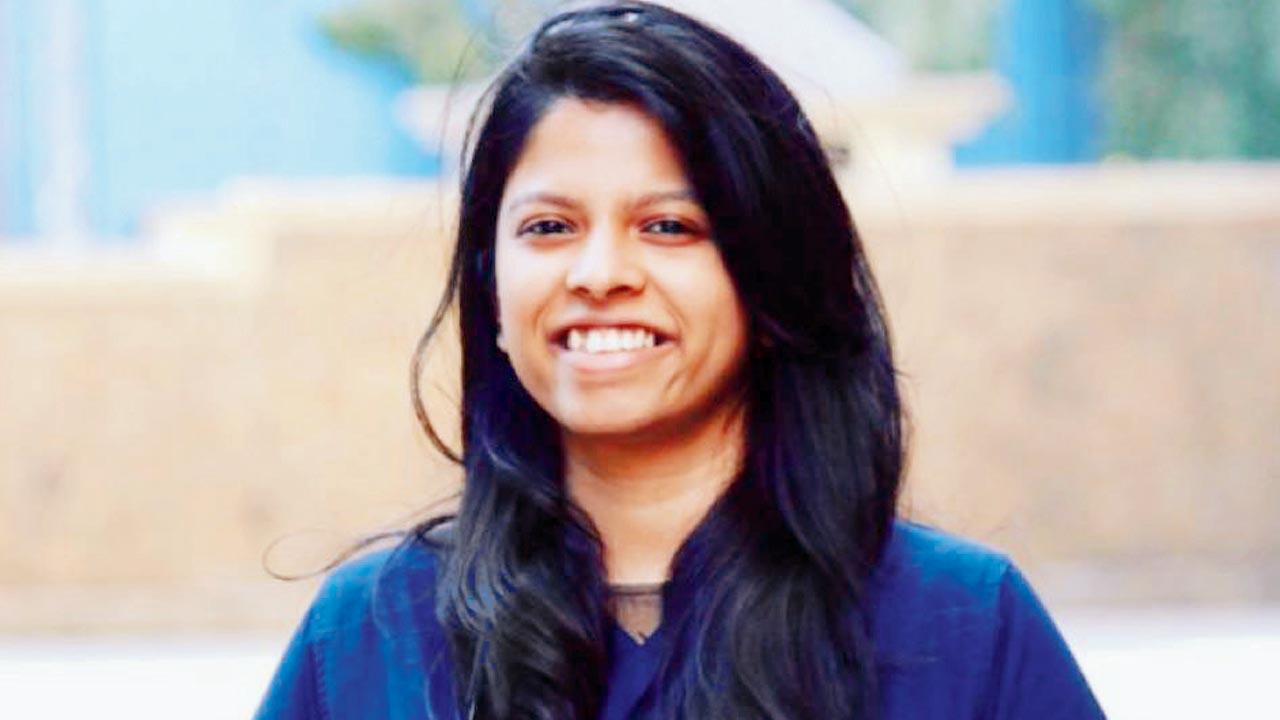 Beagles, the current fashionable breed, are at risk for eye and skin problems such as atopic dermatitis (red, itchy skin, also common in Shih Tzus). “When a breed becomes popular,” says Dr. Rego, “the temperament goes away because breeders don’t need to be judicious — there’s enough demand for the puppies.” Dr. Nitya Nirody, Veterinary Surgeon at Cessna Lifeline Veterinary Hospital, Belapur, says beagles are at high risk not only of allergic skin conditions but also cherry eye (eversion of the third eyelid gland) and epilepsy.

Dr. Nadkarni sees 14 to 20 dogs a week with hip dysplasia – golden retrievers, Labradors and German shepherds. “While not a survival factor, it is definitely a painful condition that makes movement and daily activities much more difficult,” she says. For Dr. Nirody, 50% of his canine patients per week suffer from various genetic diseases such as hip dysplasia and atopic dermatitis, among others. 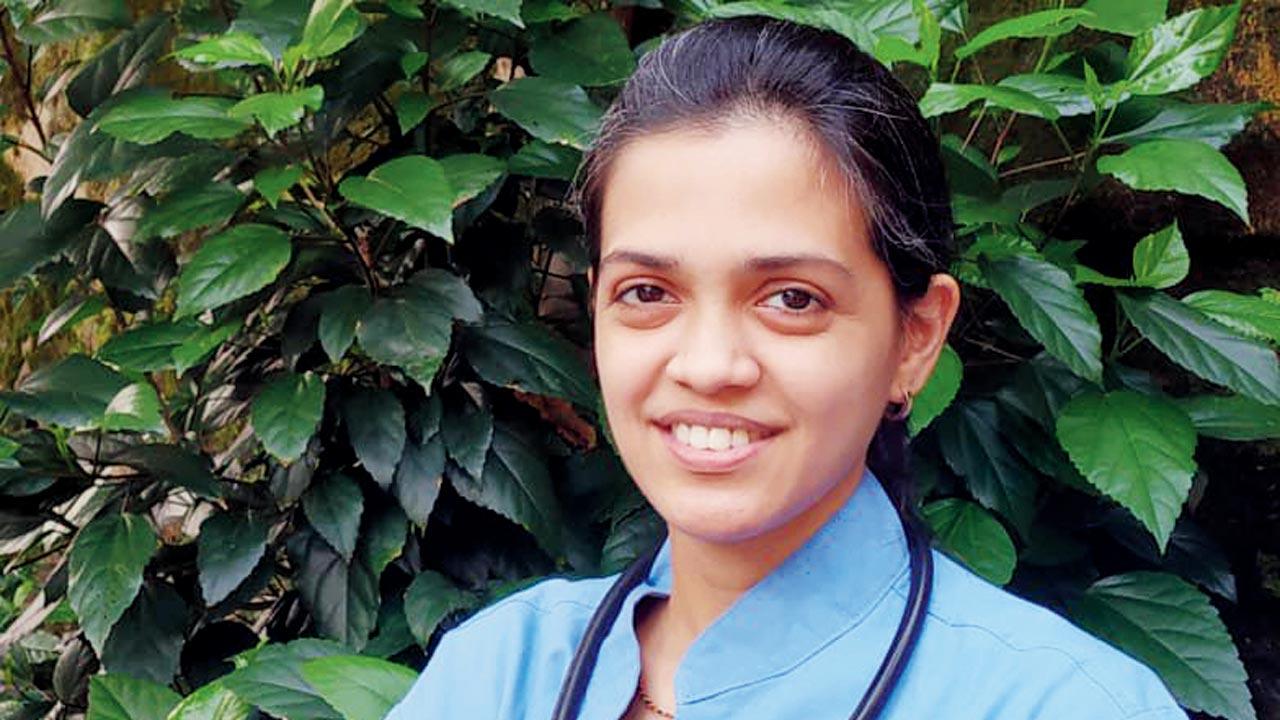 The brakes on this deterioration of our pets could take two forms: Regulation of breeding and prudent purchasing. “Breeding laws should include licensing based on rigorous objective testing of individuals to be bred,” says Dr Nirody. “People should be more aware of the genetic conditions of the breed they wish to have in their family. They should select the breed, breeder and puppy based on these conditions. Dr. Nadkarni adds to this list the recording breeding dogs, as well as the sterilization of dogs with genetic defects.

Eventually, it’s a dog’s best friend who can put an end to this. 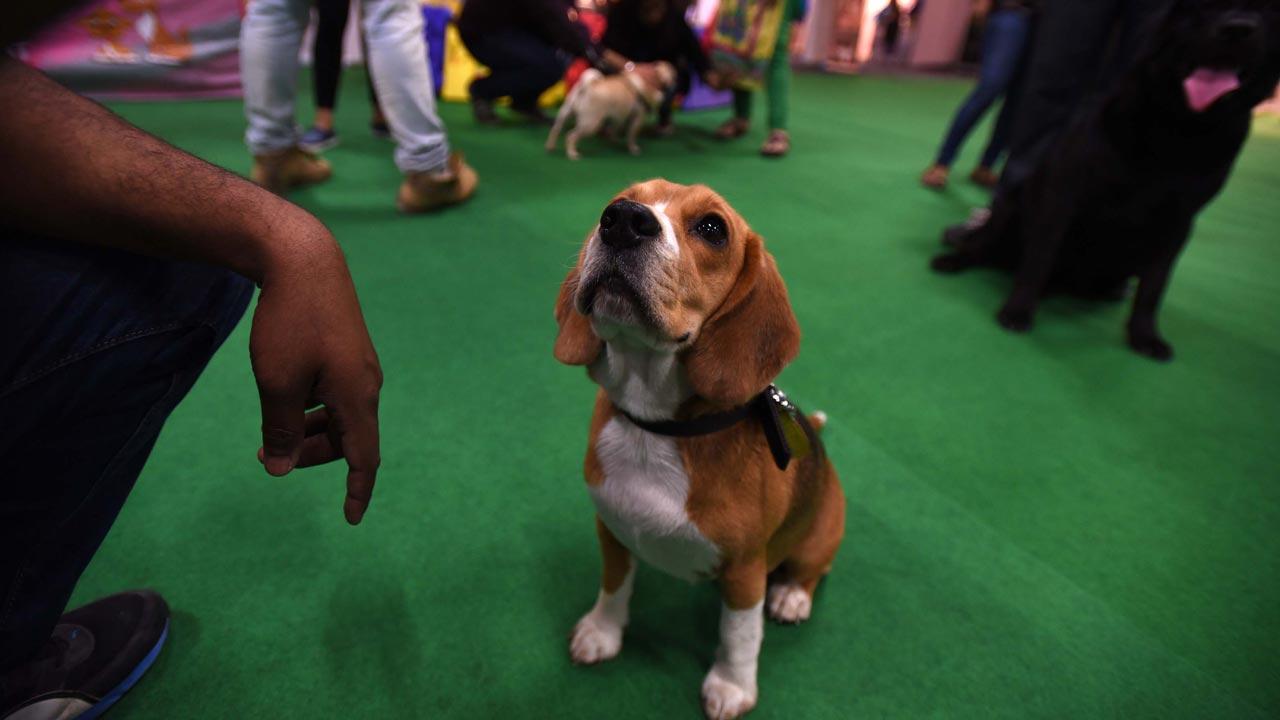 A beagle at the 9th India International Pet Trade Fair in Noida. Beagles are at risk for eye and skin problems such as atopic dermatitis. Photo/Getty Images

4.5 years
A UK-based study found French Bulldogs had the shortest lifespan of any breed

54
Number of times pugs are more likely to have serious breathing problems, study found in Canine Medicine and Genetics